Mrs. Mildred English Parrish, was the wife of the late Honorable Judge Clarence Randolph Parrish. She had two children named Sheila and Sharon. Her goals were to be a great community servant and an excellent wife and mother. In the 1960’s Mildred started a magazine which would lead to great expectations and high esteem from her followers.

Although Mrs. Mildred English Parrish passed away in 1999, she left the publishing rights to the magazine to her youngest daughter and author, Mrs. Sharon Millicent Parrish Andrews. This is her story. This is the new beginning of her legacy. This is the new EXCELLENCE MAGAZINE by NUTSHELL RESEARCH AND DEVELOPMENT ENTERPRISES, L.L.C. Sharon Millicent Parrish Chief Executive Officer.

In 1960, in Milwaukee, Wisconsin, a young lady from Worcester, Massachusetts, born to Joseph Henry and Mabel Barnes English, created Excellence Magazine. Mrs. Mildred English Parrish, wife of Attorney Clarence Randolph Parrish, wanted the citizens of the United States of America, to have a hometown community and family orientated magazine not only to read but also to contribute to it. Excellence Magazine was Mildred English Parrish greatly read and recognized creation.

In 1972, Excellence Magazine surfaced in Freeport and Nassau, in The Bahamas and in Trinidad. The citizens of those countries gravitated to Excellence Magazine as soon as it was placed in their hands. We became International and that was sweet. People from those islands started sending Mildred and Sharon articles to print in the magazine. The islanders even subscribed to the magazine.

I, Sharon Millicent Parrish Andrews, am proud to present Excellence Magazine by Nutshell Research and Development to you. Together we will make this dream a reality come true.  Ava Andrews Quijano – Editor 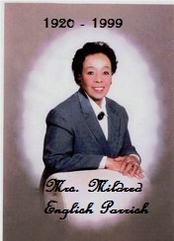 Autum , the fall season,  weather requires our palates to change or is this true? I often hear people saying that their Palates are use to having "so and so" flavors of food. The word " Palate , perhaps , is being used out of place.  After researching the true definition of the word, PALATE , this is what I have found in the dictionary:  Palate is "the roof of the mouth, separating the cavities of the nose and the mouth in vertebrates."   Taste buds are: " tiny sensory organs on your tongue that send taste messages to your brain."

After doing my food and  proper use of  the terminology  ,  I have concluded that our roof of our mouth does not determine what flavors we desire. It is  our taste buds which determine the flavors which goes into our mouth. So, the next time someone tells me their children cannot eat my foods because there plates have changed , it will give me , great pleasure to  explain to them, that our , mouth has taste buds with determine our flavors and the palate is attached to the roof of our mouth.

​If you’re in the U.S., chances are that the “yams” you eat at Thanksgiving are actually sweet potatoes.  Yams and sweet potatoes are different plants.

Yams are members of the genus group of foods. Dioscorea and they are in their own special family   , like potatoes, Multitudes of various of the yam species are grown for food.

Sweet potatoes , come from the species named  Ipomoea batatas.  These may be found in the  in the morning glory family, Convolvulaceae. The edible roots are typically orange or white inside .

EXCELLENCE Magazine by Nutshell Research and Development Enterprises , L.L.C. September - 2022 - This is National Back to School Month 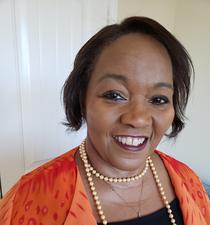 by Sharon Millicent Parrish Andrews
When will the Hot days of summertime pack up and go away until 2023?  "Pack your patience" because 100 degrees temperatures are still in the forecast. We will have to wait and see when the heatwave will surrender to  Autumn.

HOAX   gone wrong -  Sherri Papini, 40 and a citizen of the state of California,  pleaded guilty , last spring,  to staging the abduction. She also had lied to the FBI about the incident.  PAPINI told the local authorities that she had been kidnapped, " by some Mexican women ".

Sherri Papini  is required to pay more than $300,000 in restitution. Papini is serving 18 months in a California jail , now, for the creation of the hoax. 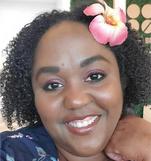 Sports on the Go  and Minority books and movies review

From Wikipedia, the free encyclopedia

Do you realize the changing of our light clothes to dark colors is a Universal tradition? The most logical reasoning behind this rule is that white clothes should be worn in summer to keep your body cool.  Thus , in wintertime ,  many people will switch to darker colors, because the earth is father from the sun , in America.

Since Labor Day marks the unofficial end of summer,  many people choose to retire light colors , thus symbolizing that fall and wintertime are coming. This is when  darker and heavier garments should be worn.

Now , this is where we see  the textile industries reverting yo their knits and wools in the fashion industry, so we will all stay warmer.  The color chart will revert to the darker shades of orange , red, green , yellow and other colors.

The Late , Great Sidney Poitier - by Jorge A. Quijano

​Sidney Poitier KBE (/ˈpwɑːtjeɪ/ PWAH-tyay;[1] February 20, 1927 – January 6, 2022) was a Bahamian and American actor, film director, and diplomat. In 1964, he was the first black actor and first Bahamian to win the Academy Award for Best Actor.[2] He received two competitive Golden Globe Awards, a competitive British Academy of Film and Television Arts award (BAFTA), and a Grammy Award for Best Spoken Word Album. Poitier was one of the last major stars from the Golden Age of Hollywood cinema.

Poitier's family lived in the Bahamas, then still a Crown colony, but he was born unexpectedly in Miami, Florida, while they were visiting, which automatically granted him U.S. citizenship. He grew up in the Bahamas, but moved to Miami at age 15, and to New York City when he was 16. He joined the American Negro Theatre, landing his breakthrough film role as a high school student in the film Blackboard Jungle (1955). In 1958, Poitier starred with Tony Curtis as chained-together escaped convicts in The Defiant Ones, which received nine Academy Award nominations; both actors received nominations for Best Actor, with Poitier's being the first for a Black actor. They both also had Best Actor nominations for the BAFTAs, with Poitier winning. Additionally Poitier won the Silver Bear for Best Actor for his performance in the film. In 1964, he won the Academy Award and the Golden Globe for Best Actor[3][note 1] for Lilies of the Field (1963), playing a handyman helping a group of German-speaking nuns build a chapel.[4]

Poitier also received acclaim for Porgy and Bess (1959), A Raisin in the Sun (1961), and A Patch of Blue (1965), because of his strong roles as epic African American male characters. He continued to break ground in three successful 1967 films which dealt with issues of race and race relations: To Sir, with Love; Guess Who's Coming to Dinner, and In the Heat of the Night, the latter of which won the Academy Award for Best Picture for that year. He received Golden Globe and BAFTA nominations for his performance in the last film, and in a poll the next year he was voted the US's top box-office star.[5] Beginning in the 1970s, Poitier also directed various comedy films, including Stir Crazy (1980), starring Richard Pryor and Gene Wilder, among other films. After nearly a decade away from acting, he returned to television and film starring in Shoot to Kill (1988) and Sneakers (1992).

Poitier was granted a knighthood by Queen Elizabeth II in 1974.[6][7] In 1982, he received the Golden Globe Cecil B. DeMille Award. In 1995, he received the Kennedy Center Honor. From 1997 to 2007, he was the Bahamian Ambassador to Japan.[8] In 1999, he ranked 22nd among male actors on the "100 Years...100 Stars" list by the American Film Institute and received the Screen Actors Guild Life Achievement Award.[9][10] In 2002, he was given an Honorary Academy Award, in recognition of his "remarkable accomplishments as an artist and as a human being".[11] In 2009, he was awarded the Presidential Medal of Freedom, the highest civilian honor in the United States, by President Barack Obama.[12] In 2016, he was awarded the BAFTA Fellowship for outstanding lifetime achievement in film.[7]